The Important Difference Between Sleet and Freezing Rain 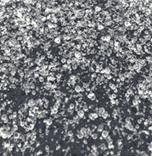 Sleet is easy to recognize when it’s occurring. It is easily seen and heard as it bounces and pings off of window sills and windshields. Sleet pellets look like tiny glass beads that are pebble-sized or smaller. When sleet falls heavily or for long periods, it can accumulate and take on the general appearance of accumulating snow or blend in with previously accumulated snow. An accumulation of sleet on roads and walkways creates a slippery condition similar to that of accumulated snow or slush. 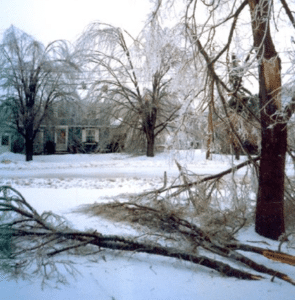 Freezing rain is not so easy to recognize as it’s falling. It looks like plain rain because it falls entirely in liquid form. The rain doesn’t freeze until after it’s made contact with the ground or other outdoor surface. It is also one of the most hazardous forms of precipitation. When freezing rain occurs, it accretes into a layer of clear ice, known as black ice, on nearly all untreated and unheated outdoor surfaces. People easily mistake black ice for a wet surface, rather than an icy one. Any amount of freezing rain, even a very thin coating of less than a tenth of an inch thick, is nearly impossible to walk on or drive on. When freezing rain occurs for long periods, it can result in heavy ice accretion on tree limbs and utility lines causing them to break. Such events are classified as “ice storms” if the amount of ice accretion causes significant damage and power outages.