New Climate Normals – What Do They Mean? 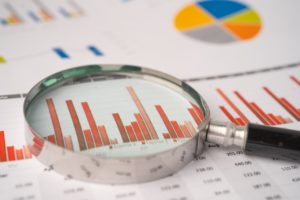 NOAA recently released the new U.S. Climate Normals. They have been updated to cover weather data from the years 1991-2020. You may wonder: what they are used for? Climate normals allow the general public, meteorologists, and businesses to compare today’s weather to the 30-year averages for the past 30 years. “Normals” is another word for averages”. Temperature and precipitation averages and statistics for cities around the country are calculated every 10 years to reflect our changing climate.

Some of the variables calculated in these normals are temperatures and precipitation (annual, seasonal, monthly, and daily), average totals for rain and snow, snow depth, heating and cooling degree days, and much more. These are the normals that we use when we say “The high temperature today was 10 degrees above normal”, or “The monthly rainfall was 2.44 inches below average.”

The new set of normals overlaps with the old set by 20 years, but there are still changes that occurred due to the changing weather over the past decade. The average temperature for the contiguous U.S. from 1981–2010 was 52.8°F. The new average temperature for 1991-2020 increased to 53.3°F. The new normals period, 1991-2020, is the warmest on record for the U.S. However, there are some areas of the country that saw cooling. The new normals for the north-central U.S. (the Dakotas and much of Montana) are cooler than the previous 30-year normals.

Regarding precipitation, the South and Southwest regions were drier compared to previous years. Conversely, the eastern half of the country seeing wetter conditions. Of course, these changes vary from season to season and month to month. These new normals allow us to frame today’s weather more accurately against the past three decades. The next set of climate normals will be calculated in 2031.