The Record-breaking Wintry Weather of February 2021 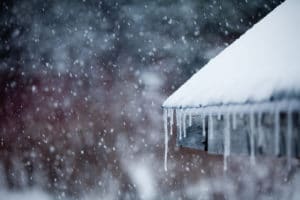 February 2021 was one for the record books in terms of cold, wintry weather across the United States. A powerful winter storm affected much of the country from February 13-17, 2021. This resulted in over 170 million Americans being placed under various National Weather Service-issued winter weather warnings and advisories. The storm caused power outages for more than 9.9 million people in the U.S. and Mexico. On February 14, the entire state of Texas was under a Winter Storm Warning.

By February 21, the death toll from the winter storm had climbed to at least 82, including 70 people in the United States and 12 people in Mexico. It is the deadliest winter storm in North America since the ice storm in January 2007, which killed 87 people. Just a few days later, another strong winter storm swept across the country. This brought more record-breaking wintry precipitation and cold weather.

Many records were broken during mid-February 2021, especially in Texas. The average temperature across Texas on February 15 was 11.8 F, which is unusually low. Numerous areas in Texas saw temperatures that were 35-40 degrees below normal. Keep in mind that many Texas residents had no power during this record cold snap, making for a very dangerous situation. Areas further north such as in Minnesota and Nebraska broke their daily low temperature records, with temperatures reaching between -30 and -40 F.

Across the United States from February 7-20, there were 9,027 daily cold temperature records that were either tied or broken, says preliminary data from NOAA. These include both daily cold high and low (lowest high and lowest low) temperatures from locations that have at least a 30-year history of weather data. In addition, some of the records set were not only for a single day or month, but the lowest temperature ever recorded at that location.

There were also many snowfall records that were shattered this February. On February 16, 73% of the continental U.S. was covered in snow. This is a new record dating back to the fall of 2003 when those measurements began. Many areas that generally see little to no snow during the winter received snow in mid-February. Some of those towns broke their all-time snowfall record. Perhaps most notably, Del Rio, Texas, which is very close to the Mexican border, received 11.2 inches of snow on February 18. This was its snowiest day ever. Del Rio had not seen an inch of snow in one day since 1993.

While the mid-February storms that affected Texas, the Great Plains and other parts of the South made the biggest headlines, that wasn’t all that this past February brought. A snowstorm that began on January 31 and continued through February 2 set snowfall records in parts of the Northeast. Mount Arlington, New Jersey saw 35.1 inches of snowfall across the 3 days. This would be a state record for a 3-day snowfall. However, the snowfall amount is still being confirmed. Many areas saw over 2 feet of snow from that storm. With temperatures remaining cold and additional smaller snowfalls occurring, much of the Northeast saw snow cover on the ground throughout the entire month of February. The

Pacific Northwest wasn’t left out of the fun, as Seattle and Portland had their biggest two-day snowfalls in about 50 years.

February 2021 was definitely a month of extremes that affected almost everyone in the United States in some way, whether it be via snowfall, cold temperatures, or even tornadoes, as there were a couple of those. March was a quieter month, but there’s always more weather events just around the corner, and more records to set.